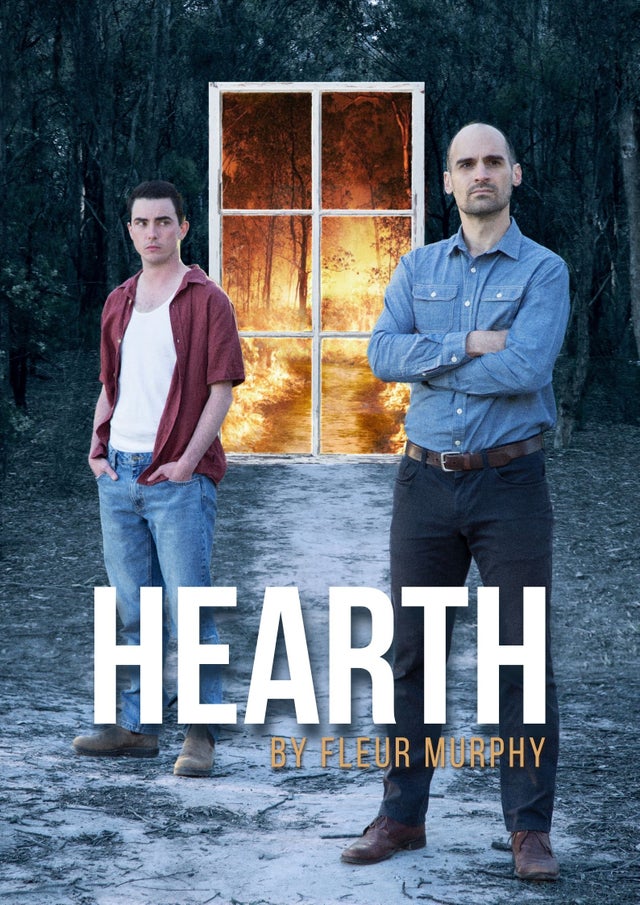 *Pre-order the script* Available from February 2022.

It’s the 7th of February 2009 – forever known in Australia’s history as ‘Black Saturday.’ It’s also Tom Robinson’s 18th Birthday.  Celebrations kick off at the Robinson’s Kinglake home and nothing seems out of the ordinary.  But tensions start to rise between Tom and his older brother Matthew, along with the temperature outside, and before the ice-cream cake has time to melt a deeply held family secret is revealed.

A compelling new Australian drama about family and belonging, forged in the exploration of an environmental threat Australians know all too well - an approaching bushfire.


“Hearth is an extraordinarily prescient play for our times. With its mixture of pathos and humour, it’s seamlessly crafted from go to woe. The characters are complex and highly conflicted, their stories delicately woven and delivered through emotionally charged language that leaves you floored.”
​- Raimondo Cortese


Pre-orders places prior to February 2022 won't be shipped until mid-February 2022. After that, orders will be shipped as they're placed so please allow 5-10 business days for arrival.
Add to Cart