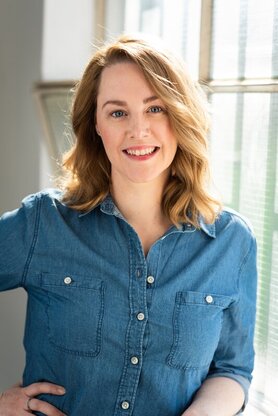 "Fleur writes with acuity, elan and a keen awareness of our shared cultural flashpoints. More than that, there is real heart and a searching honesty in her work." - Chris Mead


Originally from country Victoria, Fleur has a B.A. in Theatre Performance - Acting from the University of Ballarat, Arts Academy and completed a Masters in Writing for Performance at VCA in 2019.  She is a recipient of Career Development funding from the Australia Council that recently supported an 18-month mentorship with award winning playwright Tom Holloway, and has also interned on Melbourne Theatre Company's Cybec Electric readings.
​
Her short film Rain For Morgan won multiple awards around the world including Winner of “Best Narrative Short” (Festivus Film Festival Denver, Colorado 2011), Winner of “Best International Short Film Under 50mins” (Ireland International Film Festival 2010), and Winner of “Best Sound Achievement in a Short Film” (Australian Sound Guild Awards 2010).

Fleur’s first full-length play, Shadows of Angels premiered at the Adelaide Fringe Festival in 2012, and received further acclaim at the SheppARTon Arts Festival and the Owl and the Pussycat Theatre in Richmond in 2013.  In October 2014 an exciting ‘immersive’ staging of the show was presented by TBC Theatre in partnership with The National Trust of Victoria.   The show was staged within the gaol cells and exercise yards of Melbourne’s historic City Watch House.  Shadows Of Angels was also long-listed for the Theatre503 Award in London.  An excerpt from the piece also received Second Place in the Open Short Story category of the My Brother Jack Awards.

In 2016 she was commissioned along with 11 other emerging and established playwrights to develop a short play, My Country for a Peach, that was presented as part of Vessel Arts Play For Australia.  The writers included Patricia Cornelius, John Romeril, Maysa Abhouzeid, Candy Bowers, Tania Canas, Emilie Collyer, Ross Mueller, Kamarra Bell-Wykes, Deborah Leiser-Moore, John Kachoyan and Chi Vu and was presented at the Arts Centre.

More recently Fleur worked on an adaptation of the award-winning young adult novel, Nothing, by Danish writer Janne Teller, which premiered at Fortyfivedownstairs in March 2022.  Recently, HEARTH was selected for the 2022 VCAA Playlist, was longlisted for the Theatre503 Award in London, and was shortlisted for the Rodney Seaborn Playwrights Award 2021. The play premiered at La Mama Courthouse in May 2022 and followed with a metro/regional tour.

With support from Moreland Council's Flourish Arts Grant, Darebin Speakeasy and RAV/Creative Victoria she is currently working on the development and presentation of a new work titled The Fence, which is scheduled to premiere in August 2023.
​
Fleur was a founding member of  TBC Theatre, and has also enjoyed working with the award-winning teams at Octopod Films and Ready To Roll on their various creative and corporate projects.  She is currently a founding member of the theatre company 29 Scenes.